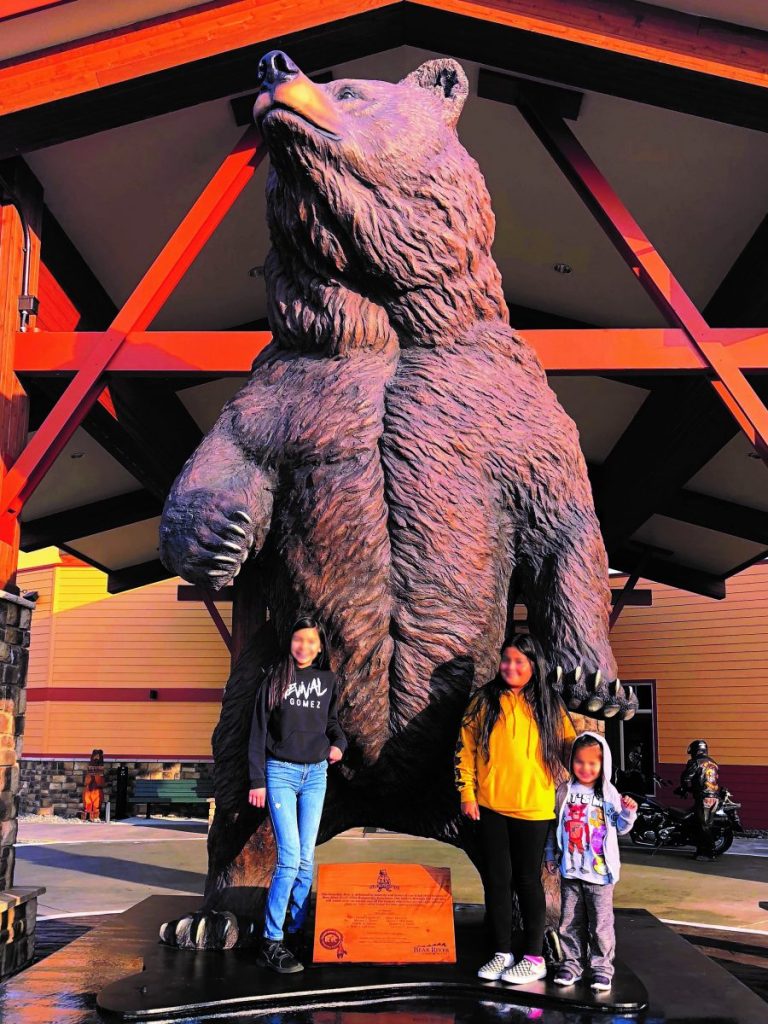 The newly installed Guardian sculpture was recently unveiled on November 12th, 2018. The massive 17-foot-tall, 3,000-pound Guardian Bear rests in front of the Bear River Casino Hotel in Loleta, CA. The bear is dedicated to the memory and honor of Bear River Band tribal elder leaders. It allows past elders to watch over their people and visitors to the Eel River Valley. The tribe also hosted a ribbon cutting ceremony for the new casino gift shop.

COST Art Director, Steve Petruzates, and his sculpting team worked meticulously through the modeling phase to present a bear that appeared alert, strong, but not fierce. “Conceptualizing the elements of nature and realizing the relationship to the animal from life size to a monumental scale drives our passion,” stated Steve.

Upon approval of the model, the master was sculpted in actual scale by Steve and his sculptors. Steve added, “realizing the cultural significance, the connection between the physical movement of our hands and the emotion of the subject matter was really an enjoyable and spiritual experience”. Once the master was completed, large sections of the sculpted bear were molded. These sections were then cast in FRP while the inner structural framing system was constructed. The sections were then attached to the frame and joints were sculpted to a seamless blend. After sculpting was completed, the artistic team painted the bear using numerous colors and aging compounds to achieve the end result.

Photos of the unveiling are available at link.