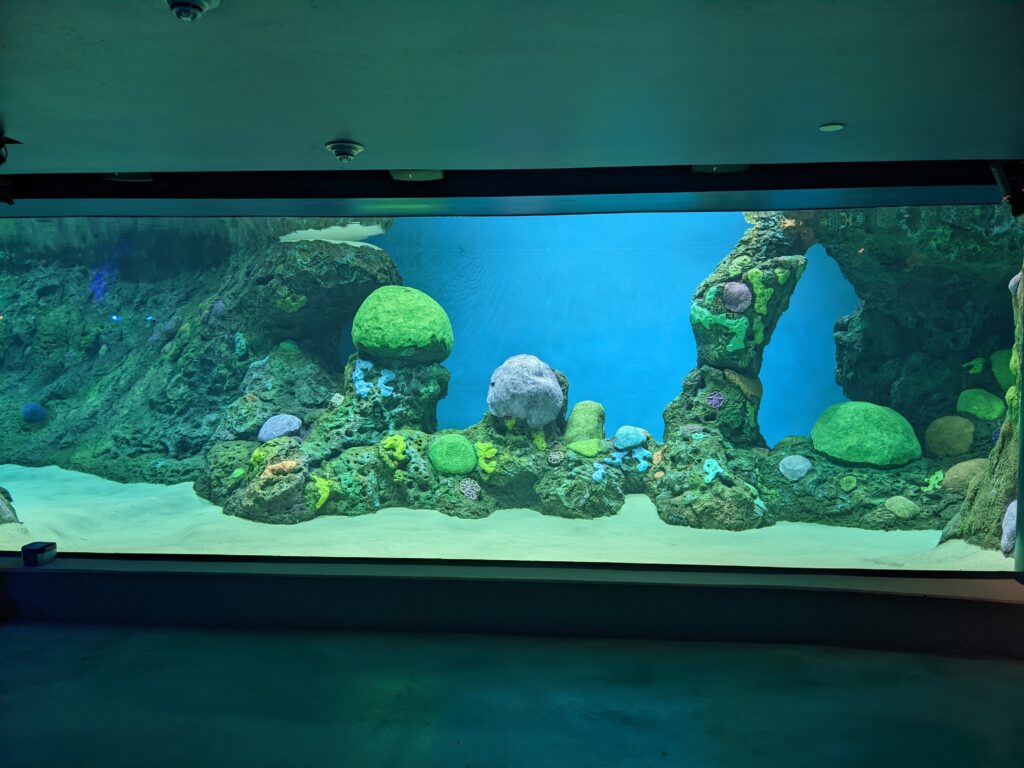 Turtle Reef reopened to the public in spring of 2022. The exhibit hosts thirteen sea turtles weighing up to 325 lbs.; these include the green, loggerhead, and endangered hawksbill species. Rays and other tropical fish also inhabit the space adding life and color to the exhibit.

COST was selected by the project team to renovate the 220,000-gallon sea turtle aquarium. The existing rockwork and coral enhancements were closing in on 30 years of use, so a major overhaul was needed. Likewise, added rockwork was needed to hide supply and intake lines and improve views into the exhibit.

After the tank was drained, COST mobilized a crew to the site to pressure wash all the existing rock, coral, and faux sand base. Once completed, the team installed structural reinforcing and then applied a shotcrete coat to blend with the existing coral substrate. The project also required new substrate finishes on the patron view areas where old rock was removed.

The crew then attached new resin corals that matched existing corals previously installed in the tank. These new brain corals ranged in size from 6” to 30” diameter. The pieces were attached both within the tank and on the dry exhibit side, adjacent to view windows. Several older corals were eliminated as they showed unnatural wear or breakage from the turtles.

The exhibit was theme painted to include an aging application to seamlessly blend the new and old. Tim Zimmerman, COST Project Manager stated, “Exhibit renovation work is in many cases more complex than ground-up builds.” He added, “The interesting part of working on older tanks is all the history of the exhibit. From modifying sizes, converting from fresh to salt water, or creating exhibit space for a different species, these seemingly small changes require significant thought and planning to properly execute the design vision.” COST performs numerous exhibit renovation projects yearly.