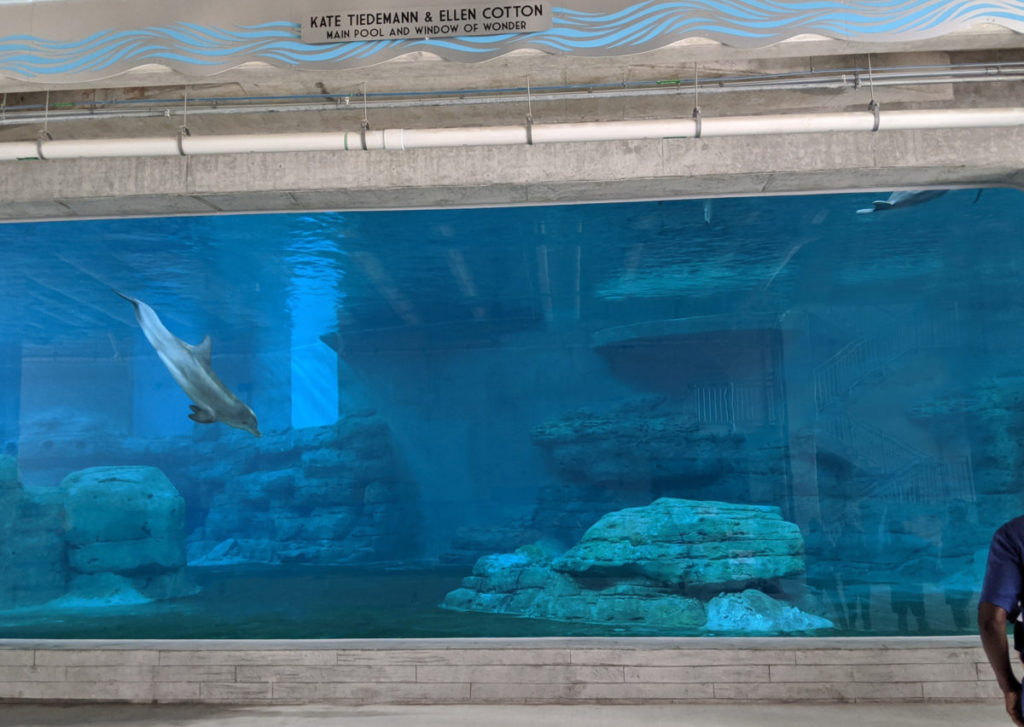 Clearwater Marine Aquarium’s (CMA) mission to rescue, to rehabilitate, and to release, is well-recognized throughout the aquarium world. CMA is home to rescued dolphins, otters, sea turtles, rays, nurse sharks, and other marine life. The recently expanded and enhanced dolphin habitat is part of the new Ruth and J.O. Stone Dolphin Complex.

COST was contracted by the project team to assist in the construction of a new, much larger dolphin pool. Creative Contractors hired the COST team to deliver an engaging naturalistic home with enrichment opportunities. The artificial rockwork was meticulously sculpted, painted, and aged to resemble Atlantic Ocean escarpments, creating a natural environment for the dolphins while providing a picturesque underwater backdrop for aquarium patrons. The inlayed corals were artistically carved and theme painted with various stains and washes. The artistry provides additional highlights to the decorative rock cliffs.

The new dolphins that call this aquarium exhibit home include celebrities Winter and Hope. Winter is a rescued bottlenose dolphin that lost her tail in a crab trap line. Her rehabilitation began after being fitted with a prosthetic tail developed at nearby Clearwater Marine Hospital. Winter entered stardom in the film the Dolphin Tale. Hope, the younger dolphin, starred in Dolphin Tale 2.

Posted in Exhibit News, Fabrication and tagged aquarium exhibit
← Artificial Rockwork Facade at the EnclaveTheme Construction at James F. Holland Park →
This form needs Javascript to display, which your browser doesn’t support. Sign up here instead